💥 Qualities of an area in India are as follows
1. Hot and moist climate.
2. 200 cm annual rainfall.
3. Mountain slopes of height up to 1100 metre.
4. 15ºC to 30ºC range of annual temperature. Which of the following produces you will find most suitable to grow in above type of climate?
(A) Mustard
(B) Cotton
(C) Black pepper
(D) Virginia tobacco
Ans: (C)

💥. What is Jhuming (also known as Paida) system?
(A) Cutting of jungle and leaving it to dry
(B) Excessive use of chemical fertilizer
(C) Irrigation
(D) Dry farming
Ans: (A)

💥 Jhum cultivation is a problem in the hilly areas of
(A) Assam and Bihar
(B) Bihar and Odisha
(C) Odisha and Madhya Pradesh
(D) Maharashtra and U.P.
Ans: (A)

💥 In which of the following states of India was the potato production maximum?
(A) Uttar Pradesh
(B) West Bengal
(C) Bihar
(D) Madhya Pradesh
Ans: (A)

💥 National Research Centre for Banana is located at
(A) Trichy (B) Bhusawal
(C) Saharanpur (D) Pune
Ans: (A)

💥 The state of India, which has largest share in food grain production is
(A) Punjab (B) Haryana
(C) Maharashtra (D) Uttar Pradesh
Ans: (D)

💥 The State of India which stands first in production of cotton, groundnut, salt and milk is
(A) Maharashtra (B) Punjab
(C) Rajasthan (D) Gujarat
Ans: (D)

💥 India is the second largest producer of
(A) Coffee (B) Sugarcane
(C) Oilseeds (D) Tobacco
Ans: (B)

💥. Largest area under jute cultivation in India is in
(A) Assam (B) West Bengal
(C) Bihar (D) Meghalaya
Ans: (B)

💥. The lower Gangetic plain is characterized by humid climate with high temperature throughout the year. Which one among the following pairs of crops is most suitable for this region?
(A) Paddy and Cotton
(B) Wheat and Jute
(C) Paddy and Jute
(D) Wheat and Cotton
Ans: (C)

💥 Maize crop can be grown during
(A) Kharif Season
(B) Rabi Season
(C) Zaid Season
(D) Throughout the year
Ans: (D)

💥 Which of the following crops is grown throughout the year?
(A) Black gram (B) Wheat
(C) Mustard (D) Maize
Ans: (D)

💥. Commercial production of saffron takes place in which of the following states?
(A) Jammu and Kashmir
(B) Himachal Pradesh
(C) Punjab
(D) Kerala
Ans: (A)

💥 Shaktiman-I and Shaktiman-II are the genetically modified crops of
(A) Cotton (B) Rice
(C) Maize (D) Wheat
Ans: (C)

💥 The only state which produces saffron in India is
(A) Himachal Pradesh
(B) Assam
(C) Jammu and Kashmir
(D) Meghalaya
Ans: (C)

💥 The longest quantity of saffron is produced in
(A) North-East Hills
(B) Kashmir
(C) Kerala
(D) Goa
Ans: (B)

💥 Which one of the following is cultivated by transplanting seedlings?
(A) Maize (B) Sorghum
(C) Onion (D) Soyabean
Ans: (C)

💥. Who is credited for initiating the cultivation of rajma and potato in Bhagirathi valley?
(A) Wilson
(B) Rama Brahamachari
(C) Henry
(D) Maharaja Sudarshan Shah
Ans: (A)

💥 Which of the following countries produces maximum vegetables in the world?
(A) China (B) U.S.A.
(C) India (D) Brazil
Ans: (A)

💥. Lalit is the developed variety of which of the following fruits?
(A) Mango (B) Gauva
(C) Banana (D) Straw-berry
Ans: (B)

💥 Which one of the following mango variety has been developed as a result of cross between Dasheri and Neelam?
(A) Alphanso (B) Amrapali
(C) Chausa (D) Mallika
Ans: (B)

💥 Which among the following variety of mango is a regular crop variety?
(A) Chausa (B) Langra
(C) Dasheri-I (D) None of these
Ans: (D)

💥The maximum production of Banana is obtained from the state of
(A) Tamil Nadu
(B) Maharashtra
(C) Uttar Pradesh
(D) Bihar
Ans: (A)

💥 Gujarat is among the leading producers of which of the following crop?
(A) Wheat (B) Sugarcane
(C) Bajra (D) Coconut
Ans: (C)

💥 In which of the following science fields Borlaug Award is given?
(A) Medicine
(B) Space Research
(C) Atomic Physics
(D) Agricultural Science
Ans: (D)

💥 Which of the following crops are grown mostly under subsistence farming?
(A) Coarse Cereals and Rice
(B) Cotton and Tobacco
(C) Tea and Coffee
(D) Vegetable and Fruits
Ans: (A)

💥 Stem of ginger which grows in the soil and stores food is called
(A) Bulb (B) Rhizome
(C) Rhizophora (D) Corn
Ans: (B)

💥 Among the following states, which one has the most suitable climatic conditions for the cultivation of a large variety of orchids with minimum cost of production and can develop an export oriented industry in this field?
(A) Andhra Pradesh
(B) Arunachal Pradesh
(C) Madhya Pradesh
(D) Uttar Pradesh
Ans: (B)

💥 Which one of the following states of India has been declared the first bio or fully organic state of the country?
(A) Uttarakhand (B) Bihar
(C) Sikkim (D) Chhattisgarh
Ans: (C)

💥 Which one of the following States was declared in January 2016 to be the first organic State of India?
(A) Arunachal Pradesh
(B) Kerala
(C) Odisha
(D) Sikkim
Ans: (D)

💥 In India, cluster bean (Guar) is traditionally used as a vegetable or animal food, but recently it’s cultivation has assumed significance. Which one of the following statements is correct in this context?
(A) The oil extracted from seeds is used in the manufacture of biodegradable plastics
(B) The gum made from its seeds is used in the extraction of shale gas
(C) The leaf extract of this plant has the properties of antihistamines
(D) It is a source of high quality biodiesel
Ans: (B)

💥Which one of the following statements is not correct?
(A) Storage quality of apple is reduced due to the deficiency of calcium
(B) West Bengal is the largest vegetable producing state in India
(C) Linseed oilseed crop can be grown throughout the year
(D) Third generation pesticide was first proposed by C.M. Williams
Ans: (C)

💥 Which one of the following statements is not correct?
(A) Dr. B.P. Pal was the first Director General of I.C.A.R.
(B) India’s rank in rice production in the world is second
(C) Soyabean seed contains 20% oil and 40% protein
(D) ‘Aman’ rice is sown in March- April
Ans: (D)

💥Which one of the following statements is not correct?
(A) Jharkhand state is the highest producer of lac in India
(B) Planting Commission has divided India into Agro Climatic Regions
(C) Kunchikal waterfall is located in Karnataka State of India
(D) Andhra Pradesh is the largest producer of rice in India
Ans: (D)

💥 Which of the following pairs is not correctly matched?
(A) Canyon – River
(B) Zeugen – Wind
(C) Inselberg – Glacier
(D) Moraine – Glacier
Ans: (C)

💥 Consider the following statements.
1. Maize can be used for the production of starch.
2. Oil extracted from maize can be a feedstock for biodiesel.
3. Alcoholic beverages can be produced by using maize. Which of the statements given above is/are correct?
(A) Only 1
(B) Only 1 and 2
(C) Only 2 and 3
(D) 1, 2 and 3
Ans: (D) 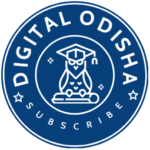